Here we are again,

Two weeks later, and I have to admit that I didn’t do great with my four mini goals from last time. That list was: to get my head into the keto game, track my food, journal and keep a list of things that I was triggered about. This last one –listing out what I was being triggered about, did happen, but it didn’t look the same to me because it was more layered– for I was going home for the first time in seven years for Christmas.

This trip I was staying with my sister and brother-in-law and they were gonna be my focus for the holidays. Very low key. Or so I thought.

We all know the holidays in themselves are very emotionally charged.  But I naively thought I’d escape the drama and fly under the radar since I hadn’t had much engagement with my family over these years. Plus I had a lot less family to engage with, so many have died or moved away.

But my sister hood-winked me and set up a “Boxing Day” brunch and invited our brother and his two teen and young adult kids and my sister’s son, wife and two little kids. I wasn’t happy.

At the news of this brunch, a lot of painful memories started bubbling to the surface. I began to spew out the details and hurts of those moments like it was yesterday, and my sister and brother-in-law got wet.

I had a lot of hurts towards certain family members (some of whom were coming to brunch) and I was completely unaware of harboring these unhealed feelings.

These memories were all bubbling up. I was telling stories that I hadn’t thought about  in years and I was really emotional about it to the point that I actually had tears talking about some of these seemingly disconnected events.

For some reason I wasn’t able to identify these as my triggers – because I was consumed with all this powerful reactive emotion. I was totally not myself, at least not who I am now, but now in hindsight, I realize I must have been behaving from who I WAS. (Not a pleasant walk down memory lane!)

Luckily, some rational thought permeated into my head. I realized that I better deal with this shit that I obviously been carrying before they walked in the door.

So as I listed out the different memories about these family members I wrote them down and it added up to five. And I took some time to release them.

All I had to do was to look at my compiled list, feel those feelings (go back into that memory when that happened and how I felt ) By doing this, more things came up. Because these events took place over years not in a specific small timeframe, I didn’t see my pattern.

And not until I started looking at them did my guides interject, “Do you see a pattern here and here?” They said, “Now distill each situation down into a phase that describes how each situation made you feel. Then refine that phrase into a behavior statement.” I did as I was instructed.

I found that one situation was with my brother when we were both adults, and the second one was when my nephew was six and I was an adult. 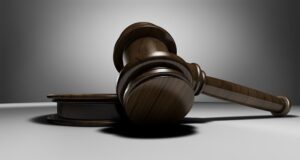 Many people judge a situation in their minds, then add it on their list of judgments against a certain person and they never bother to question the person to understand their motivation or reason for the behavior in the first place, that the judgment was based on. They think that person is obvious to their judgement, but most are not. I certainly felt the judgement and that’s when I felt the hurt.

Now you would think that these two things would not have any connection. As soon as I went through each of my triggered events I realized that each event had that same energy-but more specifically, I felt silently judged.

I ask myself, “Well, who is this silent judgement attached to?” And immediately an image of my step-father popped in my head! I was gobsmacked, for this man died 28 years ago, and I’m still dealing with shit attached to him!

Man, the crap that festers!

My stepfather always was a silent judger and he would never communicate directly his judgment or dissatisfaction with us. He always complained to my mother and then she had to come and talk to us kids. (We were her kids after all he would say!) So he never had direct interaction with me about these judgements, yet I felt them. And that was the element that I had yet to work through in my own psyche.

So the universe sent me these five different people and situations to trigger me to bring me to the awareness that this silent judgement issue was what I needed to work through.

Now these people didn’t know they were playing out this behavior for me and they don’t know I was harboring these feelings, but I’m sure they felt my energy when they walked in the room but not aware of what that energy blast meant.

So once I identified the issue: silent judgment and I pinpointed back to the original core person, my stepfather. I was then able to release them. I just did a simple release* on each of the situations and then quickly finished up because these people were walking into the house.

What I realized is that when I wasn’t giving that old energy out then they didn’t need to react to it! So when I walked out to greet my family the energy was so different. And they didn’t feel it so they were not playing out that same reactive behavior back at me.

I ended up having a really lovely low-key Christmas and got to know some of my family members that I have had very little engagement with over the seven years I’ve been away.

So of course you might be asking…how does this go back to my new lifestyle of Keto? Well it has nothing to do with Keto. To be honest, I ended up not doing any Keto on this trip. I tried to have some sort of control over what I ate but I lost that battle real quickly so I just gave into it.

But I realize that I did lose weight on this holiday but it wasn’t physical weight it was emotional weight so as far as I’m concerned I have won the last 14 day challenge!

It’s the hidden stuff that is part of the core issue that has caused my weight issue to begin with!  Weight is just the symptom!

Now…..back home and back to Keto (but maybe after New Years Eve?)

*watch for instuctions to the exercise which we will be posting in our resoruces section soon.