Occult Day: The holiday you didn’t know you were celebrating 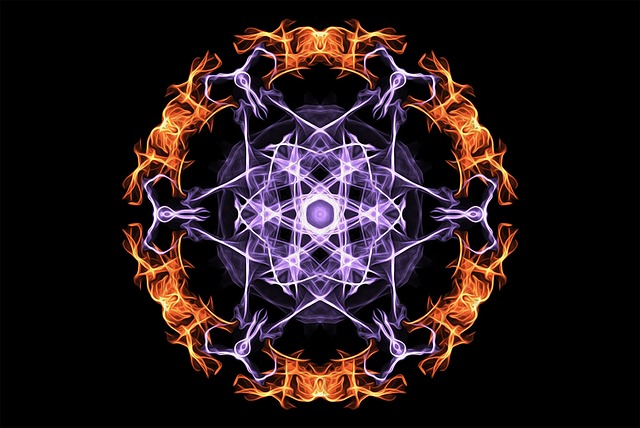 I’m willing to bet you won’t hear this greeting from your supermarket cashier!

Occult Day is an actual thing, one of those holidays sandwiched between ‘Take a Hike Day,’ and ‘Have a Bad Day Day.’  Occult Day just kind of appeared, with no real consensus about its origin. But since it’s here, let’s ALL play along. Let’s think about how the Occult impacts our everyday life.

Slow your roll. I can already hear your objections:

What in the world?!

The Occult is evil.

My church teaches against it.

Halloween is for kids, I sure as heck won’t be throwing confetti for Occult Day!

Psychics make up that crap!

That’s fair. I’ve never been invited to an Occult Day party, and my aunts who religiously send greeting cards have always missed this one. But hang with me. I’ve unearthed some fun facts and I present an offbeat celebratory challenge.

Defining Occult: Back to basics

So, we don’t know how Occult Day got started, but we do know the origin of the word. Occult is derived from the 16th Latin word, occultus, meaning ‘hidden.’

Most people would probably recognize this more popular definition: Designating or of certain arts, studies, or practices, as magic, alchemy, or astrology, involves mysterious powers that some people believe can affect the way things happen. But at the end of the day, the Occult doesn’t automatically mean ritual sacrifices, devil worship, brainwashing, or anything nefarious. Occult just means hidden.

Consider Psychics. Popular opinion places them in the Occult basket.  Psychics perceive information outside the five senses, such as the ability to see into the future. They access information that we can’t—hidden knowledge.

But this brings up some interesting questions.

Have you ever had a gut feeling that didn’t make logical sense, but you went with it anyway? Have you ever just known something was right or wrong? What is the source of this extrasensory knowledge? What was its origin? Was it hinky or just unexplainable? Did you label it coincidence?

Maybe you have some questions now. Maybe you’re a skeptic. You’re not sure the Occult is even real— let alone evil. You sure as heck haven’t dabbled in any magic, black or white. Maybe you’re just entertained by the theatrics of it all.

But if you think you’re occult-free because you’ve never attended a séance, played with a Ouji board, or tattooed a pentagram on your chest during an act of teenage rebellion…then you’d be sorely mistaken. There are several ways you bump into the Occult without realizing it.

Halloween is broadly associated with Occult practices, whether your candy consumption has anything to do with those beliefs. But it isn’t the only holiday with Pagan roots. In fact, many holidays practiced worldwide have a much different beginning. If you’ve ever observed any of the following holidays, then you have de facto engaged in an occult-based soiree. Might not want to share this fun fact with Grandma over Easter dinner.

Occult idioms in everyday use

Some of these surprised me. If you’ve uttered any of these magic-based terms, you’ve waded into the Occult waters. In which case, I’d advise you to conjure up a beach towel. What about you? Can you add to the list?

What does all this mean?

Once you start looking around, you’ll see that the Occult terms and traditions are everywhere: Movies, books, language, celebrations, pop culture, belief systems, and more. There is evidence that every culture in recorded history has Occult practices in some form or another.

There is something to celebrate On Occult Day today even if you aren’t on board with Tarot Cards or Harry Potter. Celebrate ‘hidden or unseen’ things that interest you.

Even self-reflection can reveal unknown emotions.  Celebrate your intuition, Wise Mind, and inner voice, all of which are unseen. Occult Day is an opportunity to look around and perceive what’s not readily visible and hidden, whatever that means to you. Challenge your belief system today.

Watch for a follow-up post on holidays with Pagan origins!